In my last post I hinted that this one would have one of my favorite snipers from Infinity.  So here's Atalanta and her handy little Spotbot.  Almost every game list I have made for Aleph, she has been included.  She's just too good to pass up! 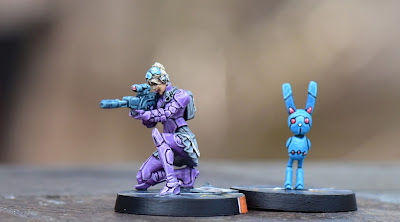 She's not the most durable of all snipers in the game, especially since she doesn't have any type of active camouflage, making her an easier target.  Since she's so effective, she often becomes a priority target of my opponents.  Even if she dies early in the game though, it's not a total loss because my opponent wasted orders on killing her instead of mission objectives! 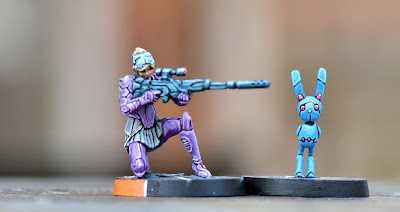 On the defensive side, she may not have a lot of protection, but on offensive she's quite the killer. She is equipped with a Multispectral Visor (Level 2), which makes all types of active camouflage less effective and best of all she can shoot targets under the cover of smoke.

One common tactic of Aleph players is to drop smoke on her and then let her start picking off targets, because she can see through the smoke and most of her targets can't shoot back! 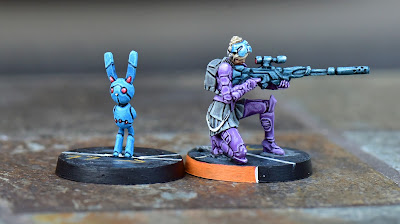 The Spotbot is a handy little guy that improves her ballistic skill by +3. 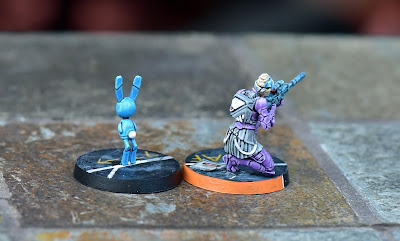 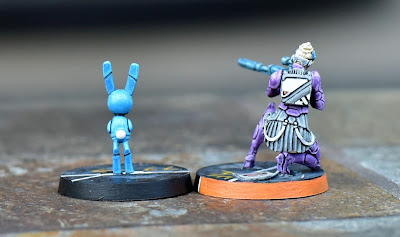 Next figure is in progress, but it's a multiple figured base so might take a little longer.

Email ThisBlogThis!Share to TwitterShare to FacebookShare to Pinterest
Labels: Infinity